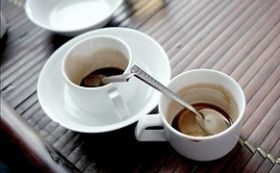 As a graduate student who studies both the brain and water I have become interested in the importance of this topic. In school I study psychotherapy which involves the brain, body, heart, mind and soul (depending on which school you study at). Outside of school I help promote structured water through my website. What I recently learned is that 80-85% of our brain is water. Which is not surprising considering how much of the world and our bodies is water. But what this means to me is that I need to DRINK LOTS OF WATER and to me STRUCTURED WATER IS THE BEST WATER FOR THE BRAIN. There are two main reasons I am saying this:

So the next time you need to stay up all night and study, the best thing you can do to stay up and study is drink lots of structured water. Our brains are mostly made of water, not coffee. And even if you think tea is better than coffee you have to remember that caffeine in general can dehydrate us and it's been cited on the internet that with dehydration, the level of energy generated in the brain is decreased. So if you do drink caffeine in any form it is smart to drink more water. I hope this brain and water post was useful for you and if you have more questions about structured water please visit http://structuredwaterunit.com.

Today I want to write about my appreciation of Mother Earth and the spring water she provides.

Growing up in Sedona, AZ I was lucky to have a spring of water just down the road in the Oak Creek Canyon. Looking on findaspring.com (a great resource) I saw that it is actually called Harding Spring which I never knew. We just referred to it as "spring water from the canyon." It is amazing water that is cold, fresh and really invigorating. Some of my favorite memories is returning back to Sedona after being gone for a while and stopping off for spring water as I pull into the canyon. I literally feel a surge of energy in my body when I drink this water after a long day of driving. As I drink the water and head home, I'll usually roll down the windows and take in the fresh canyon breeze filled with the wonderful smell of the running Oak Creek water and the campfires from the campsites.

Maybe this is one of the reasons I'm so involved with getting the best structured water to the world. My hope is that everyone someday gets to taste fresh spring water (go to findaspring.com to find a spring) but if they can't access spring water I hope that they can at least restructure their water with a Wu Wei Structured Water Unit.

The Wu Wei Structured Water Unit will erase the bad polluted memory in water and give it a fresh start. If you aren't familiar with the way water records memory you should check out this Crystalline Water article.

Thank you Mother Earth and the Oak Creek Canyon for providing us with amazing naturally structured spring water for all these years!

"Haven’t got the Whole House Unit installed yet, but have been using the “mobile unit” (Portable Unit) since receiving it. Curiously, the first glass with 4x thru the mobile unit sparked a strong urge for more … all of a sudden it seems that my body prefers structured water to plain water as well as the various soda’s I consumed (Canada Dry Ginger Ale or Canfield Sparkling Seltzer water, neither of which use corn fructose) so, I’ve been drinking 5-6 8oz glasses w/ice cubes per day for a few weeks now. I also been giving our two dogs structured water and they too 'like' it.

What I’ve noticed physically is my on-going continuous sinus drainage (last five years w/no help whatsoever from medical establishment) has hugely diminished. Formerly, I required nightly use of Breath Right nose strips in order to simply breath while sleeping, otherwise I’d awaken 3-4 times nightly and have to blow my nose and sometimes use a Netty-pot just to nose-breath again. 3-4 days following first use of the mobile unit I noticed my nose wasn’t plugged before retiring to bed, so I thought 'let’s try tonight w/o Breath Right' … I had the first night without awakening with plugged nose in years A few days later (about 10 days from start of Structured water) I noticed my hemorrhoids which I’ve been treating nightly for three years w/SSKI & DMSO 50/50 were now rapidly shrinking! This was literally a 'holy f*@kin’ sh*t! moment' … no kidding!  For years now the SSKI-DMSO treatment had stopped progression of hemorrhoid protrusion, but had not reversed it … now suddenly it was reversing with nothing being any different in my daily life (food, activity level, vitamin consumption, etc.) … Wow!

Certainly, I have not run any double blind studies on myself, so this is purely anecdotal however, my nasal blockage and hemorrhoids of several years standing have absolutely been reduced to relative insignificance, so I am rightly enthusiastic and endorse Structured water.

Now then, the theoretical hexagonal water molecule structure by definition incorporates the ability for elimination, extraction, and cleansing of malformed energies (toxic physical presences in one’s body) such that over time one becomes healthier energy-wise. This then shows up as increased mental acuity and physical energy. I am 71 in two weeks and I have most definitely experienced the improvements noted above. Hallelujah " 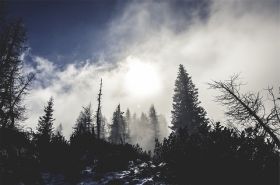 I'm sure by now many of us are aware of the mystery of water. Water not only supports our day to day life but it actually makes life possible. We are mostly water. Have you ever really thought about that? You are mostly made up of water! What does this mean? Well one thing it means is that we should be looking more closely into the mystery of water.

Fortunately scientists are starting to take a closer look and it seems that part of that mystery lies in the structure of water. Livescience.com stated how "Scientists now admit they don't understand the intricacies of how water works (1)." Studies like the one Anders Nilsson did in 2004 with the Stanford Linear Accelerator Center shows evidence that water is more loosely bound than once thought. When water is in ice form the molecules grab onto each other and form tetrahedrons or three-sided pyramids. But when ice melts, what happens to this structure?

Nilsson and his group however claim that water in liquid form has a new structure. They say that the molecules of water grab only two of its neighbors. At room temperature 80% are like this and the rest have the traditional idea of four hydrogen bonds.

These studies could indicate that we need to continue to question the chemistry we have been taught in textbooks. The understanding of chemistry is evolving and while the old information served its purpose to educate us about what we knew at the time it's important to take in the new data from new technologies and studies to see where we may have been wrong. With an open mind we can move forward and make more scientific discoveries about subjects like the mystery of water.

In 2009 the SLAC National Accelerator Laboratory published an article which states that "the molecular structure of water has remained a mystery, with the substance exhibiting many strange properties that are still poorly understood (2).

"SLAC goes on to say that "In all, water exhibits 66 known anomalies, including a strangely varying density, large heat capacity and high surface tension. Contrary to other "normal" liquids, which become denser as they get colder, water reaches its maximum density at about 4 degrees Celsius. Above and below this temperature, water is less dense; this is why, for example, lakes freeze from the surface down. Water also has an unusually large capacity to store heat, which stabilizes the temperature of the oceans, and a high surface tension, which allows insects to walk on water, droplets to form and trees to transport water to great heights."

SLAC has been discovering that fluctuations in water due to different temperatures are leading to distinct local structures which previously weren't thought to exist at ambient temperatures. They go on to say that "Connecting the molecular structure of water with its bulk properties in this way is tremendously important for fields ranging from medicine and biology to climate and energy research.

"In 2010, Nilsson stated that, "water is not only important for us but it is also a little bit weird" and "without it being this weird we probably wouldn't exist."

For more information about the mystery of water go to http://www.structuredwaterunit.com/. 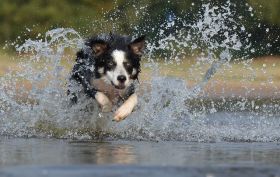 As the fall sets in and it begins to get cold I am reminiscent of summer water. I was fortunate to spend some time back in Sedona, AZ over the summer. While I was back there I was able to go to the creek with old friends and my brother many times. We even found a new favorite spot which is an amazing swimming hole.

Sedona has wonderfully beautiful red rock mountains and the creek flows between these red rocks. The summer water is a perfect temperature to cool down from the hot Arizona heat. Though I actually appreciate the Arizona heat after a long winter in northern Colorado. Not that I'm complaining to be living in Boulder, CO. I was even also able to get a nice dose of summer water from the Boulder creek which reminds me a bit of the Oak Creek in Sedona.

I grew up in Sedona and some of my favorite memories are going to the creek day after day in the summer. All my friends would meet up there and have a blast. Back then we were more daring and would jump off the cliffs and do crazy flips and acrobats. Though we did do some cliff jumping this summer but the acrobats have toned down quite a bit.

One of my favorite things to do this last summer was to dunk my body and stay under as long as I could and just sense the water and the Earth as mindfully as possible. A good friend of mine took me to a special creek spot in Telluride this year when the water was still very cold but we both got in anyways. Although he was the only one to get all the way in. He told me that it really grounded him to the Earth. So this summer I really paid attention to that and he was right, water is a great  connector to the Earth. There were even times when we were at a favorite spot of ours in Sedona called Essene Beach and I would go under the water and feel so connected to the Earth that old memories of being connected to it and specifically the creek, would surface in my consciousness and I could even feel it in my bones. I love Water and Earth and all the elements dearly. Thank you life!

If you have any favorite summer water stories, please feel free to share them in the comments below. I look forward to hearing about your connection to life. Not only do I miss summer water in the Fall and Winter but I miss hearing the laughter of kids and adults enjoying it.