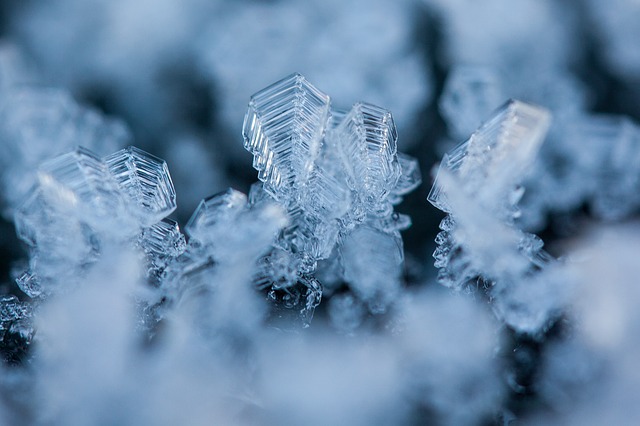 "What we call life is the natural result of the accumulation of liquid water." -Daniel Vitalis

Are you ready to understand water and life itself in a completely new and fascinating way? Then keep reading...

This Crystalline Water article is inspired by the research of Daniel Vitalis, a wild raw food enthusiast and elixir master who has used his passion and brilliance to help people understand the best food for our bodies as well as the best water for our lives. What he proposes about food is that humans have unfortunately gotten far away from eating wild food and instead munch mainly on hybridized overly processed things that barely pass for digestable food.

Daniel illustrates how, by no longer eating wild food, we no longer get the medicine that is in wild food that we used to eat. This could be one of the reasons the pharmaceutical industry has flourished, as it is an attempt to extract this same medicine from plants and deliver it back to us. Only they usually do it synthetically and at really high prices. Many people use street drugs these days which also usually come from plants. But street drugs are dangerous and illegal.

When is the last time you saw garden food on a hike in nature? Probably never because even the food we grow in our garden is usually not wild food. This can be very challenging for most people to accept because it's already hard enough to eat healthy without getting into wild food. So lets now turn to something that can actually be more complicated but at the same time much more simple to add back to our lives and that is living crystalline water.

Why is it complicated? Because it not only involves chemistry but physics as well which most of us aren't taught sufficiently about in school growing up. So lets take it one step at a time:

(This photo may be subject to copyright laws. If you are or know the owner of this photo please let us know.)


The Sun is plasma state hydrogen and its solar winds are hitting the Earth which is a magnet that protects us as the hydrogen ions push and wraps itself around the oxygen ozone wall. So its possible that the child of this union of opposites is water. This could be why so much water accumulates at the poles as huge crystalline ice structures because the water that is being formed is raining down at the poles.

So Hydrogen means "produces water." It is the ashes of hydrogen.

Water is a strange and anomalous transparent liquid mineral that defies the generally accepted laws of physics. It's one of the only substances that we see in all phases of energy (matter), solid, liquid, and gas. It has an unusually high "Specific Heat Capacity". It is able to store heat with less molecular agitation or rearrangement than almost any other substance. It resists temperature change which actually makes it possible for us to have life on Earth. It contracts to 4 degrees centigrade, then expands again as it cools. In other words, from this "anomaly point" it expands upon heating or cooling! This allows the waters of Earth to freeze from the top down, rather than the bottom up.

It is the Universal Solvent as well as the Solvent of Life. All life on Earth is in some part made up of living liquid crystalline water. It has an unusually high surface tension. It is the only inorganic liquid we encounter in the natural world at the biological temperatures and pressures of Earth. There is no other liquid in nature that is not somehow made of water. Everything else is a solid or a gas.

Now why do we want to drink spring water?

Because it is living liquid crystalline water. It's also stored under the earth and has not been inundated with toxins from our industrial society. Plus it holds a healthy living memory for life.

Does water have memory?

Just like a computer holds memory so does water. But aren't computers and water completely different? Not completely and to understand this lets talk about crystals.

What is a crystal?

A crystal or crystalline solid is a solid material whose constituent atoms, molecules, or ions are arranged in an orderly repeating  pattern extending in all three spatial dimensions. We call this orderly repeating pattern a "crystal lattice". Essentially these molecules are arranged in an orderly formation. In other words a crystal is in-formation.

Now the thing about tap water is that it's either dead water, and lacks the vibrant message of life that spring water contains, or it holds the memory of harmful imprints from a toxic environment from being in a polluted city and going through a chemical processing plant. But what if you have a filter? Well even if you filter out all the toxins which is very hard to do, the memory of the toxins are still in the water.

So this is where chemistry and physics take a turn. Up till now we have mostly studied water through a chemistry lens. Which is not all bad. But we need to add a physics view to it because we are living in a world that is apart of and also beyond chemistry. If you were to take a computer chip and analyze it in a lab you would find that it is mostly made of transistors (e.g. germanium and silicon) and superconductive silicon. But you still wouldn't know what information is stored on that material without having a way to actually translate the 1's and 0's and viewing the information electronically and digitally.

So how could we go beyond chemistry to view the stored information on water? The only tools to date are biological entities like a human being. Yes we can use a GDV (Gaseous Discharge Visualization) to view the biophoton energy in water which goes beyond chemistry and gives us a glimpse at the memory potential but we still don't know what is on that water chip unless we drink it or feed it to our animals or plants and observe them for ourselves. So the best way by far is to drink the water ourselves and see how it hydrates us and makes us feel.

This means that our best way to understanding water on a level of physics is still qualitative which is a bit frustrating to chemistry minded folks who want quantitative data, but that's just where we are at this moment.

So if I can't get spring water what should I do?

Since water has the potential to hold memory then it only makes sense that you would want to have a device that can clean harmful memory and bring dynamic harmony back to its structure. That's why the Structured Water Unit is an excellent choice when you are needing to drink and use water in your home. It uses vortex technology to create dynamically harmonized water. In Alick Bartholomew's book Hidden Nature: The Startling Insights of Viktor Schauberger he writes, "Water, when it is alive, creates this spiralling, convoluting motion to retain its coolness and maintain its vital inner energies and health. It is thus able to convey the necessary minerals, trace elements and other subtle energies to the surrounding environment (p. 113)."

Even if you can drink fresh spring water every day it only makes sense that you would still want the water running through the pipes (arteries) of your home to be encoded with dynamic harmony which you can do with one of our Whole House Units and then your pets, plants, garden, pipes and appliances can also benefit from the vibrant memory of harmonious living liquid crystalline water.