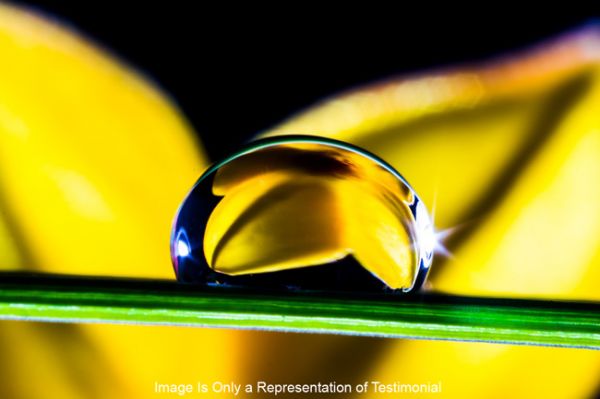 Narrator:  Experiences and events that are so wonderful they seem beyond the room of possibility are referred to as Miracles. Miracles can happen to anyone and everyone with one caveat; one must believe that the desired outcome is possible without sweating the details. In actuality each human being is a miracle worker, that is, when we adapt the correct orientation and alignment of mind and heart we then become self structuring.

Jacquelyn Aldana certainly believes in miracles. Author of the 15 minute miracle over the past 20 years she has personally witnessed and experienced the incredible transformational power that is present within all life including her husband Ron’s recovery from 3 near death experiences one of which was stage 4 cancer. Her innovative work book series which she prefers to call a play book has helped tens of thousands adopt and embrace the proper orientation and alignment of mind and heart that allows miracles to be seen, felt and experienced. Accessing a power that she now knows is and comes from within us all and literally changing their lives. While she has become quite a depth at documenting changes, even Jacquelyn was a little skeptical when she first heard of structured water but she is skeptical no more.

Jacquelyn:  Ron and I have lived in the Santa Cruz mountains for 33 years now and as Ron explained we have a well there and it has abundance of iron in it and so we have a system that removes the iron, an iron removal system that was all what we knew that was available at that time and it cost us about $8000 to put it in and its cost us over $20,000 to maintain it for the time we have used it and then we heard of ionized water the, higher pH water, then we invested $1600-$2000 in that unit then that required a lot of filters every few months. I think we have spent $40,000 in just trying to have quality water that was conducive to good health and then we discovered your water system and decided to install that and Clayton the benefits that we received were far beyond anything we could have ever anticipated. The first thing we noticed is that we have an older home with old plumbing and we were going to probably invest $5,000 or $10,000 just in one part of the house just to have the pipes redone and we didn’t have to because within 2 weeks all of the corrosion in these pipes was cleared out, the water pressure became so great it just about blew the bathroom sink out.

There used to be a rusty colored water in that part of the house that cleared up and the odor was gone in all of the other bathrooms, the calcium build up is minimized and doesn’t build up any more. Water pressure is greater but the first thing I noticed was for a couple of years you know how when you have something like you don’t want to hear like bad news you can just kind of ignore it and hope it goes away, my dentist was telling me I needed to get a great deal of dental work done because I had some problems and it manifested in profuse bleeding of gums within 3 days and ever since I have not had any symptoms of this issue, my teeth became whiter. I had a couple of skin tags on my arms, it kept itching, their painful and I had a mole that was there many years and it got to a point where it was so irritated and it turned black and its kind of concerning but within that third day it was gone and the skin tags were gone. So no more bleeding gums, teeth grew whiter, memory improved, my focus was greater than ever before.

I don’t work for a living but I play a lot of hours because I do what I love for a living but now I play about 12-15 hours a day without really getting very tired. Since the water I have noticed so many benefits to it and then when we watered the plants My God I should have taken pictures, I had no idea that the same plants that we have been watering for years were going to double in size in a couple of weeks, its just phenomenal and then I told you about Wally the walnut tree Ron said it’s time to cut it down 4 years and the tree is looking pretty dead, so then I decided if it did that to the indoor plants what might it do, so I went out and talked to Wally and I have been watering the tree and I only did it 3 times and within a week or maybe 10 days, 7 out of the 10 huge limbs sprouted leaves, so now I am going to call Wally Lazarus because it came back from the dead but then as I shared my enthusiasm I am not good at selling stuff but you can’t keep me inside the box when you let me out to talk about something that I have experienced that I think is phenomenal and so I told my best friend about it and she ordered it and so she got so excited she wanted to put one in her parents house so she did but her father wasn’t very impressed, he’s 84, he wasn’t happy because it was an inconvenience as far as he was concerned and initially the water pressure went down. So he grumbled about it and so I said we will come and take it out but we couldn’t do it right away and in 2 weeks when we were finally going to remove the system, because we certainly didn’t want him to be unhappy, he said we would have to wrestle him to move it away from him because he had had so many skin tags between his knee and his ankle and now they were completely gone. Then my friends sister who’s living in her parents house with her little white dog said she bathes the dog in it and it was so white. She didn’t like the water because it made her hair so soft that she couldn’t manage it but because it made her dog look so good she decided she will use the water too but it’s just absolutely amazing what this water does.